With already two weeks into the semester, we hope you have been doing great and explored the campus. As we come closer to minor 1, it is time you also explore the deep waters of Department Change, something many of you would be aiming for. Read till the end to get a comprehensive idea about the path you are about to tread. 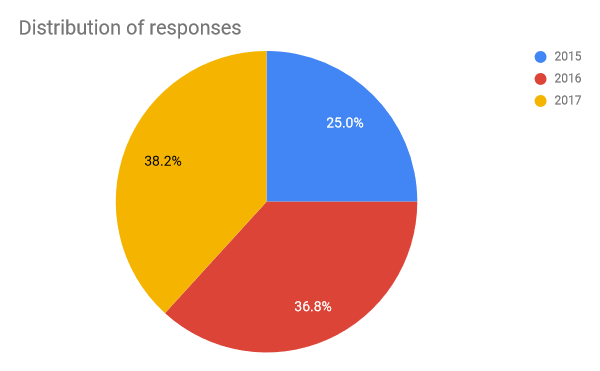 For the sole purpose of breaking the many myths that surround DepC and to provide the true picture, the Board for Student Publications conducted a survey of students of 2015, 2016 and 2017 entry batches who got their department changed after their first year. With a total of 136 responses, the survey sought answers many of the questions freshers ask. We asked them about their reasons for DepC, how much they studied, how they studied and what all they did to conquer the quest of department change. So freshers, listen up!

Out of the total DepCs in the past 3 years, a staggering 18% of these were done by girls, with their actual strength being 10% of the total students. So yes. Girls truly rock! They seem to have performed better than boys in terms of CGPA. In 2017, they seem to have performed exceptionally well with 14 out of 90 girls getting a DepC, pushing the percentage up to a staggering 21.87% for that year.

The cutoffs are not hard and fast. There are a number of factors which influence the cutoffs each year. One is the choice preferences that students fill. Another is the relative performance. If the CGPAs are low in general for the entire batch due to strict grading, the DepC cutoffs will fall.

But what if two students have the same CGPA? The JEE ranks are then used to resolve any conflict, and as can be seen from the charts below, this criteria has come to use quite a few times. 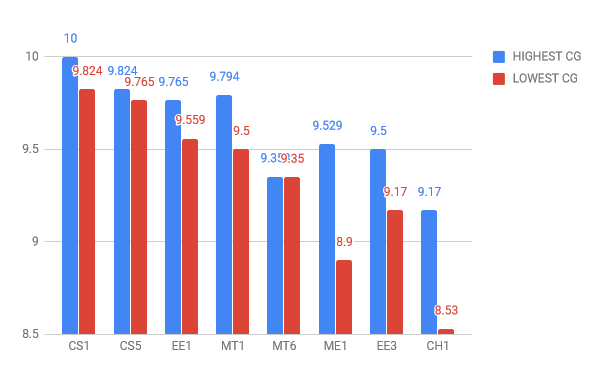 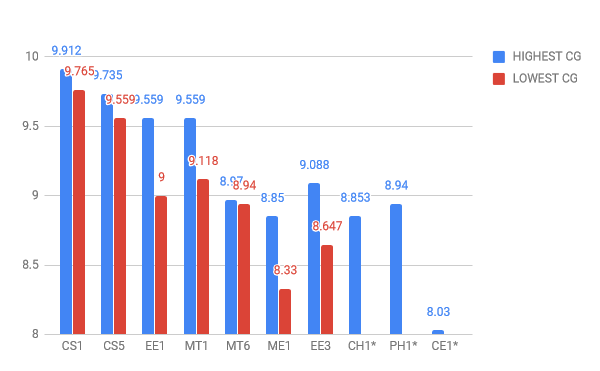 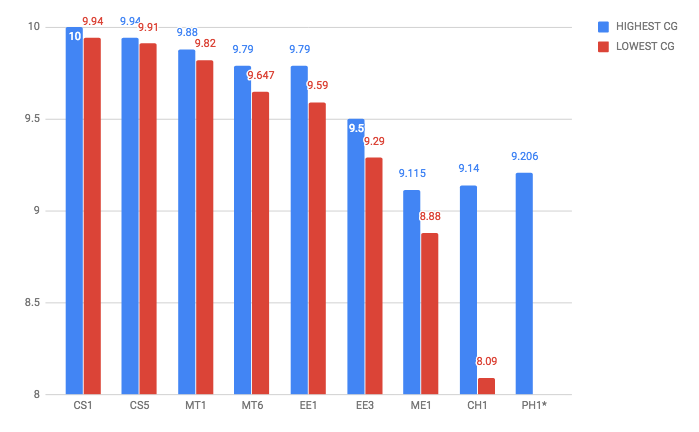 *Only one student changed department to PH1

Also, the number of DepCs into each department is variable each year. Now you might wonder how is this possible. There must be some flaw. But this isn’t so. The institute rule states that the strength of each department (and note here that CH1 and CH7 will be counted separately) must not exceed or diminish by more than 15%. So, if there is only influx into the department and no outflux of students, the number of DepCs into the department will be lower as compared to when there is both influx and outflux. Hence again, no one can surely state how many seats will be available in a department.

Years of hard work culminated in a rank. For many of you, your rank or your parents or the “scope” of that branch or the “society” decided the branch. Well, the reasons seemed varied. So we asked these students their reasons for getting a department change. While 3 in every 5 students were interested in the changed branch and had a desire to pursue it, around 44% students claimed to do it because of better job opportunities. Almost 1 in every 3 students agreed that the societal notion of a “better” branch was also a deciding factor in their decision for DepC. Around 2% of the students also succumbed to parental pressure for changing their department.

But what after the DepC? We asked the 2016 and 2015 entry students about their satisfaction levels. 60% of the students feel that they actually felt made an excellent decision, 31% feel good about it, 7% are neutral towards it while 1% are unhappy with their decision.

Among all the students surveyed, we also came across 1 student who applied for a roll back from ME1 to CH1 (i.e. rollback). Better job opportunities and disinterest in the core field emerged as the reason behind this.

So whether following the herd mentality or succumbing the societal pressure leads to satisfaction or not is a thing to ponder over.

We always associate DepC with sincerity and to reinforce this idea, we asked the students their approximate ‘actual’ attendance in class. The results are not quite surprising. In all the three years, every 2 in 3 students say they maintained an attendance of more than 90 percent in their lectures and only 3 out of 140 students ended up with less than 75% attendance. Hence, attending lectures is of utmost importance!

Some might argue that attending classes is not good enough till one is attentive in the class. And yes! That’s a valid enough point. To vouch for their attentiveness, we asked the students of 2017 entry batch if they made notes in their lectures and when they solved their tuts. While 44% answered they made notes depending on the prof and class, another 44% say they always made notes.

Fig: Did you make notes?

As far as tutorials were concerned, 46% agreed on solving tuts beforehand or going thoroughly through the problem sheet carefully, while 42.5% of the students would see the tuts for the first time in class but were very attentive in class. So, yes, everyone agreed on one common point, the importance of solving tutorial questions regularly.

Fig : When did you solve your tuts?

While this is very subjective and highly variable with each person, some insight into this can help you in planning your day well. We asked the 2017 entry students about this. Nearly 50% answered that they studied about 1 hour everyday, mainly to complete their assignments and tuts. About 33% students spent more than spent 2-3 hours everyday.

Fig : When did you start preparing for minors?

On being asked how early they started their preparation for minors/majors, more than 50% of the students admit they started just 1-2 weeks before while 38.5% responded that they studied regularly, so just had to revise before the exam.

The truthfulness behind “Maggu”

People who get DepC are often called ‘Maggu’. To investigate on the correctness of the term revered term, we asked them about their involvement in extracurricular activities.

Tech Clubs:
A good 37% enjoyed being a part of one or more technical clubs. Less than a quarter of the total students say they didn’t get the time to participate in the events/ workshops organized by the technical clubs. Almost a third of the students were not inclined to any of these clubs.

Cultural clubs:
BRCA has attracted students always, and the DepC people are no exception to this. 51% of the students enjoyed being a part of it and only 12% students admit to not get the time to participate.

Sports:
While around 22% tried initially during the fresher’s week, 21% played regularly to complete their NSO hours and another 22% played regularly just to relax with friends. Above all this, 6 students did exceptionally well and were selected to represent IIT Delhi at inter college fests like Udghosh, Sportech and the much celebrated Inter IIT Sports Meet.

So what do we infer from this? Simply the fact that most students don’t really become “Maggu” for getting a DepC. Survey shows that on an average, these students devoted 6.4 hours per week for extracurricular activities, with around 23% of claiming to spend more than 10 hours per week.

So after the detailed information, a final piece of advice. During the survey, we came across some people who were resentful of not getting a DepC. And guess what, they had the required CGPA as well. So what went wrong? There were a couple of reasons to this. Some were happy with their present branch, so no reason for them to apply for DepC. Others felt uncertain of getting one if they apply so they didn’t apply at all! So if you want a DepC, a requirement would also be to fill the form in time.

3rd Year Internships
The Board for Student Publications (BSP) is IIT Delhi's electronic and print media body, run entirely by the student community.
Contact us: iitdelhi.bsp@gmail.com

Individual articles represent the views of the writers and opinions expressed therein are not endorsed by and do not reflect the official position of the BSP, IIT Delhi or its administration.

Finding the job that finds you!