While this question may seem a bit absurd to use as a title, we promise you, at the end of this article, you’ll be able to answer this on your own. But before that, let’s talk about waste,and no, this is not going to be another article on sanitation. What we are going to talk about is disposal of waste generated in laboratories and research lab. Doesn’t sound interesting enough? Wait till you know what we went through in certain laboratories.

Talking about waste, let us first categorize waste into two major headings: solid waste and wet waste. In solid waste, we are going to cover departments with mostly solids as their waste: Physics, Electrical, Mechanical, Computer Science, Civil etc; wet waste would come from departments like chemical, chemistry, biochemical and so on. Now these wastes usually have different kinds of disposal methods, and let’s just say we mostly don’t never follow the standards. A lot of universities don’t, but how far are we?

Talking about solids first, our team went to talk to about 5 labs belonging to department of electrical engineering, two of physics, and one of computer science and civil engineering each. All the lab assistants were under the impression that the electrical components they use can just be thrown into a dustbin and sent to recycling. But is this waste ever recycled? We considered the matter, reading up surveys and reading up on works of certain environmentalists and environmental journalists. Most of the e-waste thrown directly into the dustbin ends up being burnt openly in wastelands or in incinerators, after being scavenged for precious metals and reusable/resalable materials, like working devices, by scavengers working in large community dumpsters. However, severely outdated devices and devices with any minor flaw are not picked up and reused but contribute to the said e-waste. But this incineration of this waste poses a giant problem to humanity. Burning chips, wires and semiconductors which have a plastic insulation usually leads to high pollutant content in the smoke. The said smoke consists of Hydrogen Bromide and Bromobenzene, both compounds which are considered toxic and can cause ozone layer depletion. These components usually arise from a category of plastic flame retardants called Brominated Flame Retardants, which are used widely in electronics. Moreover no efforts are put into recycle or somehow retrieve the cost non-reusable machines which were bought at an expensive price, instead they all are sold to rag pickers at the price of iron by kilos.

The disposal of these kinds of waste is possible though. E-Waste (Waste generated by electronic devices ) can be disposed by upcoming methods like bioleaching post shredding, which removes most of the metal in the waste. We can further use eddy-current separation which removes majority of the remaining metal, thus causing reclamation of metal from these devices easier. Next, some recyclable plastics can be reclaimed using separation by differences in densities of various plastics. The remaining plastics can easily provide higher amount of energy in their decomposition procedures than they would consume. Both Thermal Depolarization and Plasma Arc Gasification are processes which take up lesser energy than they produce, and can be used to create hydrocarbons or electricity, both necessary to us, humans.

Apart from this, Cathode Ray Tubes, used generally in Oscilloscopes, pose another problem: they contain lead and phosphorous oxide. These, therefore, should not be disposed as they generally are: written off and thrown in the nearest dump. Instead of being thrown out, a viable option seems to be a pyro vacuum process, which leads to high reclamation of lead, thus detoxifying the waste. There exist dedicated companies, like Complete Electronics Recycling (http://completeelectronicsrecycling.org), which recycle these, and the institute, upon the inevitable phasing out of many cathode ray tube devices, should prefer using these companies over simply throwing them out, however these companies usually charge a small fee.

Truth be told, however, certain devices like mic, keyboards, and other electronic devices are usually written off by IIT administration, and probably sent for recycling instead of simply being thrown out. However, other components like resistors, etc. which make up the majority of e-waste, are not disposed properly, and should be handled as described above.

The only hurdle, apart from government support and availability of technology, is cost. As an institute held in high stature by the society, we can expect government support, especially amidst the Swachh Bharat Abhiyan. On the other hand, all the technology stated in the article is either available, or will be in the next few years. Then the cost should not pose an issue considering disposal of these components usually compensate for their energy cost in the form of extra electricity and hydrocarbons, therefore trivialising the cost involved. Even though this seems more of a future plan, the methods we use today are still not justified. With only Plasma Arc Gasification as the new technology without a large base available, we should not face an issue with the other steps, which still help in lowering the recyclable waste content in the finally incarcerated waste.

On the other hand, the wet waste has another issue entirely. We generally use chemicals like KMnO4 and H2CrO4, which are nothing if not toxic to humans. In general, most hexavalent chromic ions are problematic, including K2Cr2O7, which should be handled using latex gloves, a practice followed even in many schools. Meanwhile the chemistry labs here have no safety mechanisms for anything short of extremely toxic organic solvents. While we are not criticizing their use, what we are criticizing is the safety procedures in place. 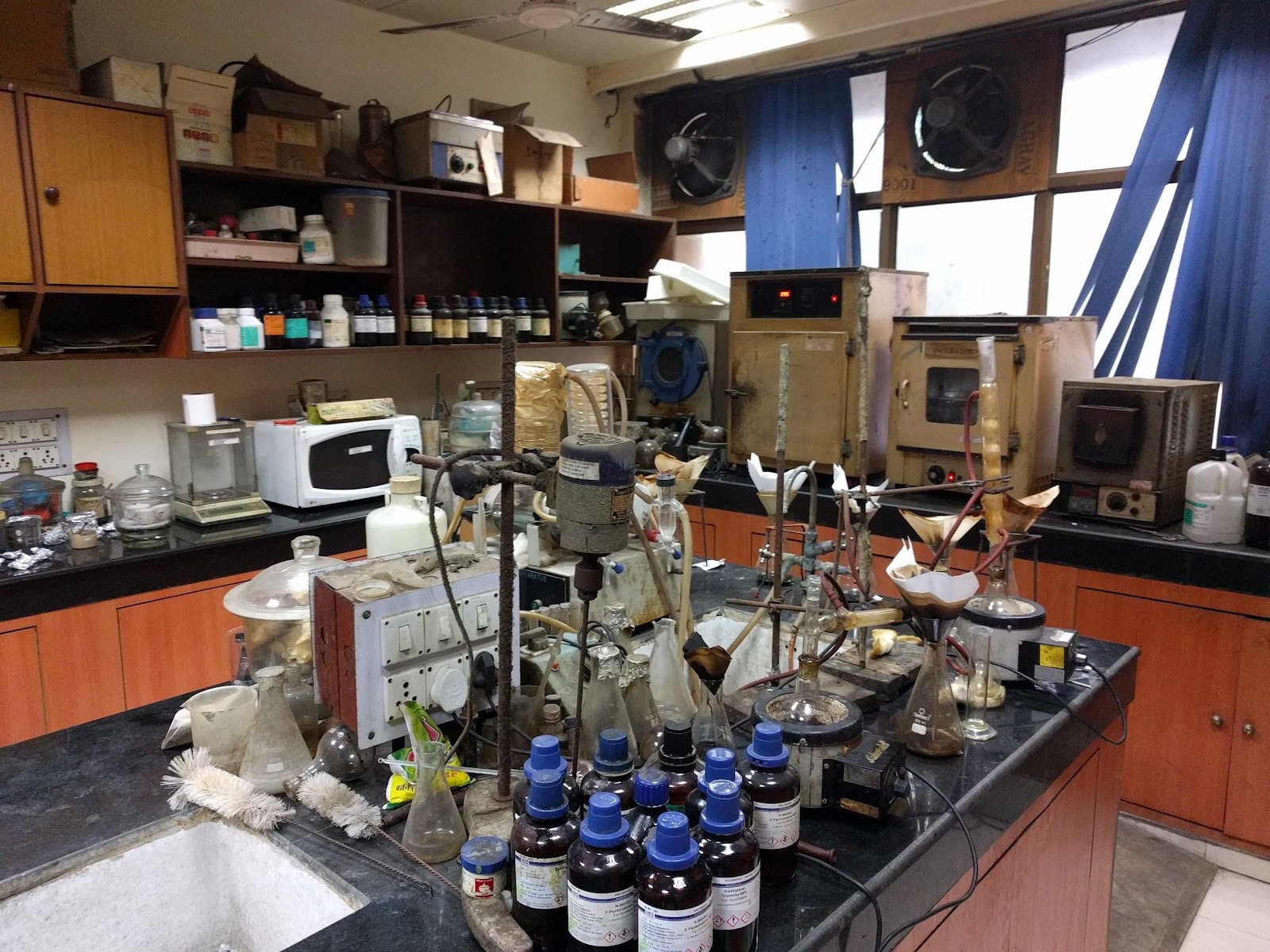 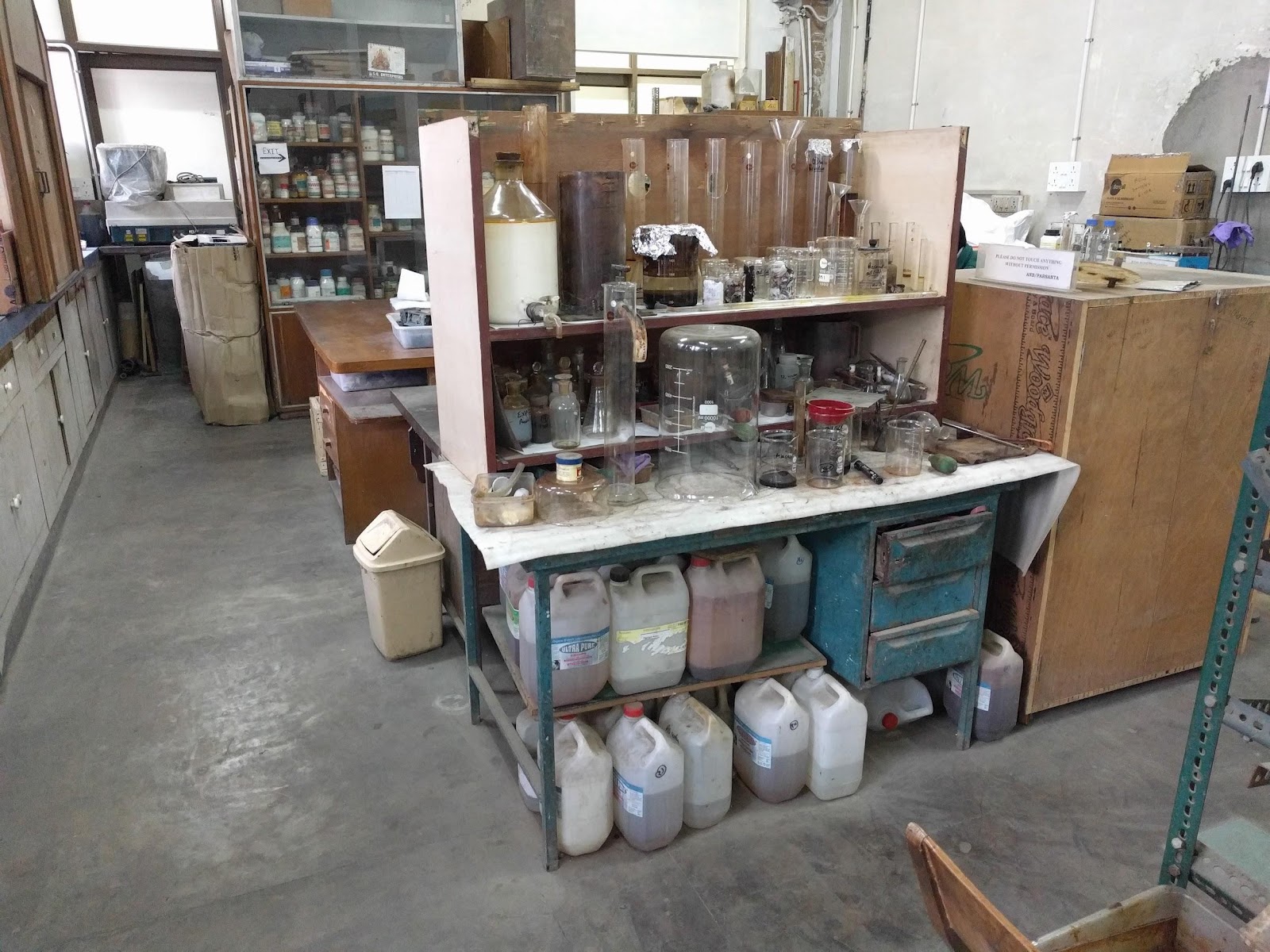 However, the fact that we dump them in the sink, while there are measures in place show us an entirely different aspect of this issue. These measures, kept in place by many labs, dictate the segregation of different types of wastes into different containers and different methods of disposing them, but are hardly followed. While some of the professors did claim to follow these procedures in their lab, talking to students revealed an entirely different picture: the world was not as rosy. The students told us about how they generally dumped everything, all forms of acids, bases, salts, buffers, etc., except for organic solvents, in the sink, consistent with the dominant narrative. The harms of this exceed just blockage of drains by formation of compounds. Many animals which are part of the Yamuna biodiversity suffer due to an increase in transition metal concentration in the water (ironically, IIT Delhi has been part of many campaigns aiming to clean river Yamuna). On the other hand, some of these metal ions are even carcinogenic (cancer causing) and cause widespread death in the country.

Upon talking to TA’s in more than 20 labs we realized even though many of them do realize the grave danger waste poses to the environment if not disposed off properly, they don’t have any other alternative, because IIT has not provided any special infrastructure to any of the labs. Many suggested to have an alternative drainage system for all the wet waste generating labs 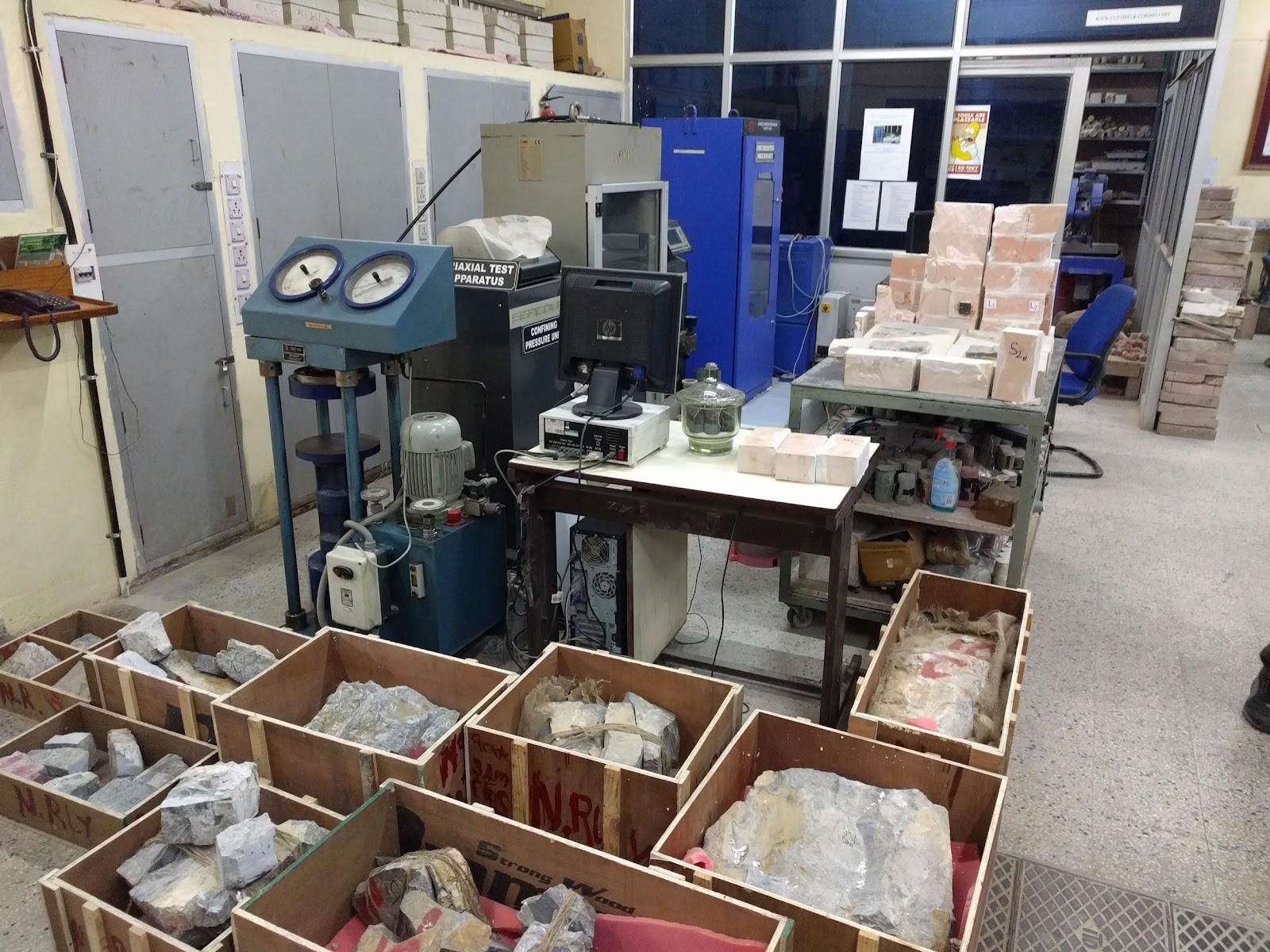 Many of the labs have to spend a lot of their space and time to manage solvents which can be recycled as instructed by the department to reduce cost. But due to lack of the resources for either recycling or disposing them TAs have to store them over an entire semester or sometimes even a year. Same goes for all the plastic waste from chemical labs, they all are stocked up in the lab itself occupying space until the department decides to dispose them off, which can be once in a semester or year.

As far as hazardous wastes are considered there exists a special Hazardous Committee whose responsibility is to look after the disposal of hazardous and carcinogenic waste generated in labs but to our surprise it is functional only when the director is around the corner for an inspection of the labs, otherwise it is as good as nonexistent.

Keeping in view of the above revelations one thing that IIT does properly is disposing off its instruments of chemical and chemistry labs where they sell it off again to the vendors who then recycle it into new products. Finally some good news.

The United States Environmental Protection Agency dictates how certain chemicals should be disposed. These guidelines are stringent, and red lists almost every compound we drain down the sink without second thoughts. Compounds mentioned earlier in the article, along with every other transition metal compound, Mineral Oils and Hydrocarbons, Nitrites, and other compounds found in the laboratories have been put on the said list, while disposal of organic solvents has been described. While organic solvents are generally handled with care, most other chemicals are disposed without any responsibility, simply washed down the drain. Sometimes, however, we observe the laboratories collecting certain compounds like FeCl2 and Fe(OH)2. While we acknowledge this to be a great effort, even small amounts of Chromate ions cause an increase in toxicity of water in Yamuna.

Simply speaking, these issues find a solution in proper disposal, by appropriate labeling and neutralisation of ions or reactive sites present. These chemicals are generally disposed off by hiring a ‘waste collector’, who processes each chemical as to the appropriate disposal method. However, these principles are rarely followed, as collection, labeling and hiring a collector are expensive processes which may cost each laboratory some money. However, this cost is not very high, especially when compared to the environmental impact of not having these measures in place. And perhaps this is the time that we understand our responsibility as the premier institute of technology.

Coming back to the title, so why did the acid cross the road? Because we irresponsibly threw it off and seriously why care?

Speeding up the supercomputer

3rd Year Internships
The Board for Student Publications (BSP) is IIT Delhi's electronic and print media body, run entirely by the student community.
Contact us: iitdelhi.bsp@gmail.com

Individual articles represent the views of the writers and opinions expressed therein are not endorsed by and do not reflect the official position of the BSP, IIT Delhi or its administration.

Finding the job that finds you!